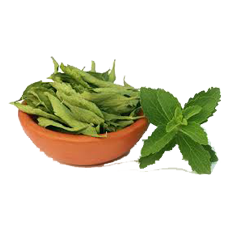 The Acceptable Daily Intake (ADI) is the amount of a substance that people can consume in food or beverages on a daily basis during their whole life without any appreciable risk to health. Several regulatory authorities have rigorously evaluated more than 200 peer-reviewed studies on animals and humans examining the safety of high-purity steviol glycosides. Based on this evidence, JECFA has established an ADI that applies to adults and children.

This ADI was established using a safety factor of 100, which includes a 10-times factor to account for potential differences between humans and animal species used in toxicological testing and a 10-times factor to account for potential differences within the human population, such as between children and adults. Thus, any potential increased susceptibility of children compared with adults to steviol glycosides has been addressed in the establishment of the ADI. For example, to put the ADI for high purity steviol glycosides into perspective, a 150-lb (70-kg) person would need to consume approximately 40 packets of a table top stevia sweetener that contain 21 mg steviol glycosides per packet daily for a lifetime to maximize the current ADI.